Gun Point is an exclusive tropical hideaway located at the northern tip of the mainland of the island of Eleuthera, in The Bahamas.  It is surrounded by natural deep waters, beautiful reefs and gorgeous sandy white beaches.

Originally owned by Lord Beaverbrook, who, as a reward for his assistance during World War II, was given the opportunity to name any place he would wish to own as a gift from the Crown.  He chose Gun Point and inhabited it for many years.

Eleuthera was the home of the first Loyalist Settlers in the Bahamas. The Eleutheran Adventurers were shipwrecked in 1648 on the reef known as the Devil's Backbone, which runs all along the north shore of Eleuthera. They made their home in "Preacher's Cave", just east of Gun Point. This is a marvelous point of historical interest and only one of the many points of interest in the area.

Across a small channel and accessible by water ferry is the settlement of Spanish Wells, which hosts shopping, restaurants, bars, grocery stores and liquor stores; indeed all that you will need to spend your vacation at Gun Point in comfort. Spanish Wells also has charters for fishing, diving, snorkeling, excursions and tours. 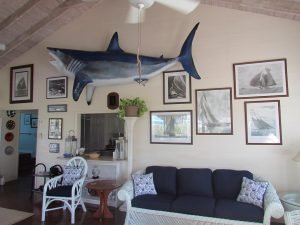 Explore your perfect vacation home and its grounds. 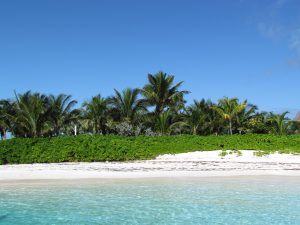 Things to do, how to get here and other useful info 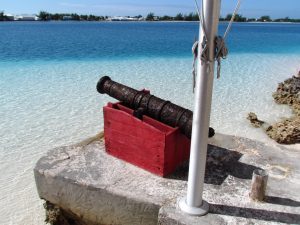